Mr. Mohammad Saad Maniar leads a Team of Professionals under MSM Tempus. He has a great passion for Aviation and has been flying with Pakistan Air Force. He founded MSM Tempus in 2012 as a private enterprise dealing with state-of the art equipment and top of the line services related to aviation, defence industry, technologies and quality inspection in the field of Aviation and associated Industry.

Mr. Mohammad Saad Maniar identifies business opportunities and develops business plans for MSM Tempus. Under his leadership, the services of MSM Tempus were hired by CAA Pakistan to develop EASA Based Regulations for the Regulatory activities.

Mr. Mohammad Saad Maniar is also Chairman and CEO of MSManiar Financials (Pvt.) Ltd. which was initially established in 1948 by Late Mohammad Ali Maniar who was amongst the founding members of the KSE. Mr. Mohammad Saad Maniar took the reigns of the brokerage house in November 1982 after the demise of his father Mr. Mohammad Swaleh Maniar and taking voluntary retirement from the Pakistan Air Force. Since then, he has been actively involved in business affairs of the brokerage house as well as the Karachi Stock Exchange now Pakistan Stock Exchange as a member of the exchange.

On the formation of Central Depository Company (CDC) of Pakistan Mr. Mohammad Saad Maniar was appointed as its first Chief Executive in 1993. On number of occasions he has served as member of the Board of Directors of Exchange and the CDC and held various portfolios including being the Chairman of Computer Committee, Modernization Committee, Rules and Regulation, New Products committee and Treasurer of KSE.

Information about the MSManiar Financials (Pvt.) Ltd. can be seen on www.msmfinancials.com

With relationship developed overs years of interaction with business community, it has developed a strong customer affiliation beneficial for attainment of the corporate objectives of MSM Tempus.

Mr. Sohail Habib Sadiq has a unique blend of visionary leadership and executive business perception. He is an Aerospace Engineering graduate followed by years of experience in managing aviation discipline in commercial and defense sectors. He has excellent negotiating and problem solving skills and a proven ability to manage and complete projects to the highest standard. He has served as Managing Director, Aircraft Manufacturing Factory, at PAC Kamra from 1999-to-2002, where manufacturing of piston and jet aircraft were done along with design and manufacture of Super Mushak aircraft.

Mr Sohail has extensive Experience in technical surveillance and audit of commercial airlines, aircraft and documents, including Possession and Re-possession of commercial aircraft. He undertook Technical Surveillance and Audit of RJA, PIA, Airblue, Shaheen and other Airlines. He also audited for Acumen Aviation and represents Belgium Engine Centre (BEC) AIM Norway, since Dec 2017.

He is known throughout aviation industry for coming up with innovative engineering solutions. On his outstanding services he was conferred, Sitara-e-Imtiaz and Tamgha –e- Imtiaz, from Government of Pakistan and for his excellent work performance, was five times awarded Commendation Certificates by Air Force Chief. 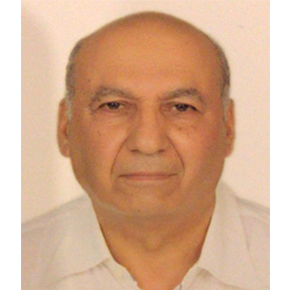 Mr. Syed Razi Nawab has served for 34 years in the Pakistan Air Force (PAF) at tactical, operational and strategic levels. Mr. He is qualified as Director from IBA which is enlisted with SECP. He got an exposure to the corporate side as he was exclusively mandated to work for Business development for over four years as Deputy Managing Director, Shaheen Foundation, Pakistan Air Force (PAF). He served as Inspector General of Pakistan Air Force monitoring the preparedness and compliance management of its operational readiness.

Mr. Razi Nawab was on the Board of various companies including Aviation, Insurance, Media, Event Management, etc. In addition, the Air Marshal managed the Pakistan Squash Federation for almost seven years and also won elections at the Asian Squash Federation.

The Air Marshal brings an ideal amalgamation of the vast military experience, blended with corporate knowledge and international sports exposure. His services have been recognized by Government of Pakistan and was awarded the prestigious Hilal-e-Imtiaz (Mil) and Sitara-e-Imtiaz (M).

Mr. Nauman Farrukh has a rich background of Aviation in general and Flight Safety, Quality Assurance & Aviation Security in particular. He served in Pakistan Air Force as a pilot on F-16 aircraft, supervised the Quality Assurance functions of an Airline and remained President Accident Investigation Board Pakistan Air Force. He is a highly focused and dynamic professional with strong vision to achieve targeted outcomes.

Mr Nauman possesses strong project management skills with his proven ability to work proactively in a complex environment., He was selected by Shaheen Air International where he established a robust and effective Safety & Security setup, monitored 3500 employees during 24/7 Flight Operations, at domestic & international stations.

The accomplishments of Mr Nauman have been acknowledged at National level by Government of Pakistan and was awarded Tamgha-e-Imtiaz Military and Commendation from Chief of the Air Force.

He has excellent problem solving skills with a proven ability to manage projects to the highest standards. This has given him an outstanding ability to plan organise and operate similar functions in any Corporate Structure. 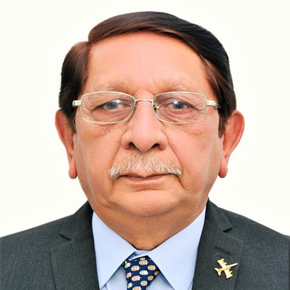 As Director Technical Services in Pakistan Civil Aviation Authority, provided Engineering & Technical assistance to all airports of Pakistan through a team of engineers and technicians. He was appointed as one of the Five Member ‘Executive Committee of PCAA for all major decision making for the Authority including Airports. Was involved in Budgeting, Technical Planning and commissioning of technical equipment at all major airports of Pakistan, including technical support to Sialkot International Airport, The equipment and activities for various Airports included the following:

Has been commended on six (6) different occasions by the highest aviation authorities of Pakistan, beside acknowledged from EASA.

Mr. Zahid Hussain has thirty eight years of working experience in the management of aerodrome and air traffic operations and regulatory functions. He has extensive knowledge of planned and implemented safety management systems in accordance with International Standards at aerodromes/airports and airspaces. He has rendered advisory and assistance services to South Asian states under an aviation project administered by the International Civil Aviation Organization (ICAO). 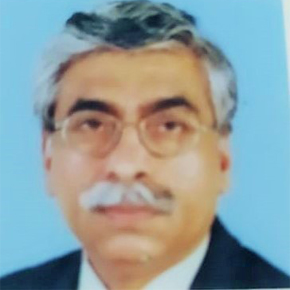 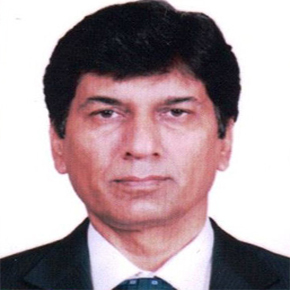 Mr. Zafar Aitmad Siddiqui has extensive experience as Executive Air Traffic Control Officer specializing in ATC Operations, Airport Management, ATC Training & Development, Strategic Planning and Administrative Roles. He is well-versed in modern aviation concepts and sustainable development. Mr Zafar has a credible background in project management and was assigned a key role in operationalization of newly established airport Islamabad Green Field Int’l Airport. In that he planned, developed & looked after the complete management & Administration of the setup. Moreover, he supervised the allied facilities including functional control of all stakeholders. Mr Zafar further ensured implementation of CAA Regulatory functions while ensuring passenger Facilitation at the new Airport.

While serving at different Airports, he also assisted Airport Managers in functional & administrative control and carried out Terminal duties.

Aeronautical Engineer with more than three decades of management & engineering experience in Civil Aviation, Aviation Electronics and Air Force. Highly successfully track record of delivering the targets in Air Force and made valuable contributions in Airport functioning, Communication, Navigation & Surveillance activities of PCAA. Recipient of Sitara-e-Imtiaz by Government of Pakistan and Commended on three different occasions by the highest authorities of Pakistan Air Force and Civil aviation of Pakistan.

Served as Director Technical Services in Civil Aviation Authority (CAA), Pakistan and designated as one of the Five Member ‘Executive Committee’ Pakistan CAA. Has remained involved in Technical Planning and Maintenance of technical equipment at all airports of PCAA through a team of around 3500 engineers and technicians. The equipment and activities included the following: 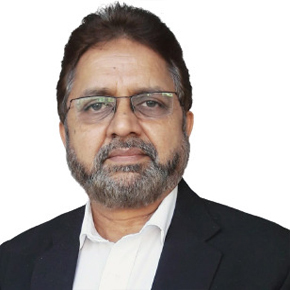 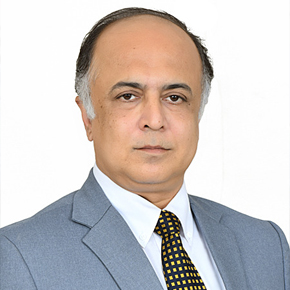 Mr. Mohammad Sadiq Maniar is a Finance Graduate and did his BS in Finance from the Golden Gate University USA, in 1993 with specialization in Risk Management.

Mr. Mohammad Sadiq Maniar has proficiency in managing High Net-Worth portfolios of individual and Institutional Clients. He has attended numerous workshops on Financial Issues & Management, including the ones organized by USAID and others. He is looking after the Financial Research, Corporate Compliance, Operations and Risk Management of the business.